Press release at the water’s edge in Palanga 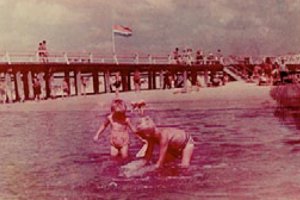 With great sympathy we have been following a sister project that is collecting oral history and private photos from the Baltic in Cold War times. Next week a first workshop will be held in Palanga, Lithuania:

Do you remember the shores of the Baltic when the sea was divided by the Iron Curtain? On 16 to 19 September, artists, documentary filmmakers, administrators and museum representatives will meet in the legendary seaside resort Palanga for a workshop centred around this question. Representing all countries bordering the Baltic Sea, they participates in preparing a travelling exhibition at the water’s edge– beach life on the shore as a cross-border experience during the Cold War. The Nordic Council of Ministers have granted initial support for the project...