Location
As the inner town of Königsberg has been devastated, there are no visible traces.

A historical picture shows the house as it looked like before the war. 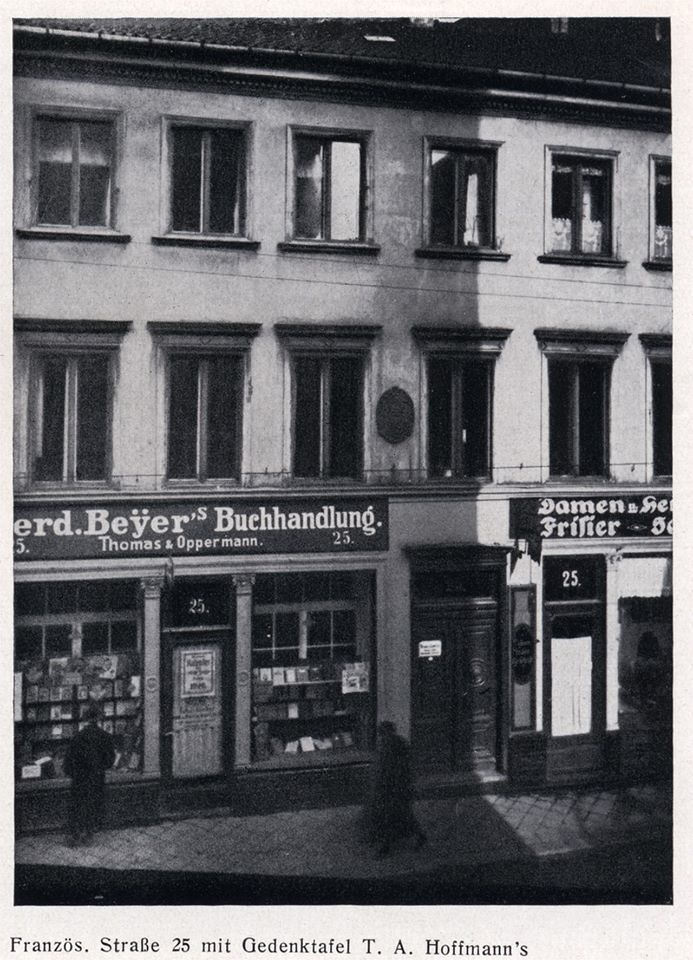 E.T.A. Hoffmann (1776 – 1822) was born in Königsberg and died in Berlin, at that time both in Prussia. In between he worked as a judge in Poland and as a musical director in Bamberg and Dresden. The A. in his name derives from his adoration for Mozart, so his full name is Ernst Theodor Wilhelm Amadeus. In 1792-1800, Hoffmann studied law at Königsberg University. During this time he taught music, wrote his first stories and novels, and worked in Königsberg Supreme Court.

Hoffmann's first passions were music and painting, and only in the middle of his short life he started writing. His fiction works were the first examples of the genre of horrors and scary tales. Hoffmann revealed the tragic and sometimes grotesque sides of human nature by populating their lives with sinister characters. He became mostly known for his stories in which supernatural characters reveal people's hidden secrets. One of his Night pieces, Das Majorat (The entail), a short novel in the style of “magic realism“ tells a ghost-story about the decline of a noble family on the Courish Spit outside the village of Rossitten (today's Rybacij), their haunted castle burns down and turns into a ruin - a symbolic ghostly end for the whole of East Prussia.