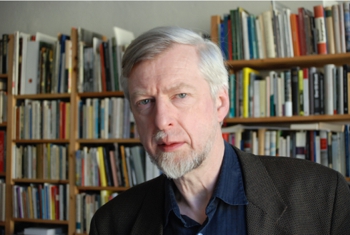 Beyond that the 8 percent of world wide trade that pass through the Baltic from China, Russia to Hamburg are also significant. There are only few texts about trade, surely you can name Thomas Mann’s “Buddenbrooks” as one of them, that deals with the golden time of trade. And it is even related to another text. Norwegian writer Tor Eystein Øverås travelled around the Baltic Sea for eight months and wrote a book about it. There he poses the hypothesis that Thomas Mann was greatly impressed by another family story, namely Alexander Lange Kielland’s novel “ Garman & Worse” (1880). Our library does not only publish texts, but also reveals connections and influences.

P.S.: The Baltic Sea Library is currently looking for translators for the text ”Tellikaatne” by Jüri Tuulik to any Baltic Sea language. If you’re interested just contact: liedtke@balticsealibrary.info