Reading the Baltic - grant-aided by Kulturstiftung des Bundes -  provides a novel perspective on a sea shared by many neighbours  and on a common but longtime peripheral cultural area :  pieces of literature from many  places around the Baltic Sea will join up in a kaleidoscope of notions and experiences  that will bring differences to the fore , but yet might produce new unity as well.

Project summary as well as prologue for a conference of the same name at the parliament’s hall of the Rostock town hall in September 2018 will be the conference volume “Die Ostsee” (The Baltic Sea), compiled by Klaus-Jürgen Liedtke and comprising representative literature out of 2000 years.

Besides the editors of the virtual Baltic Sea Library, the conference will gather literary scholars, historians, authors and translators. Concurrently, readings and discussions of the participants of Reading the Baltic will take place at various locations at Rostock which will be arranged by Literaturhaus Rostock : representatives of contemporary literature of  the whole Baltic Sea region will  conduct a vivid dialogue with their respective tradition.  In co-operation with resident houses of literature and writers’ centers, in a second step, these inter-cultural dialogue workshops will travel from Rostock to Copenhagen, Göteborg, Stockholm and Tallinn.

With these activities – most sustainably with the Baltic Sea Library as growing  virtual multi-language anthology of original texts and translations - the project Reading the Baltic  will gather writers, translators, literary agents and the audience to negotiate significance and cultural coherence of the region in a Europe becoming more and more complex: Is there a common regional identity beyond current conflicts and national borders?  What is the relationship of literature, identity and nationalism? 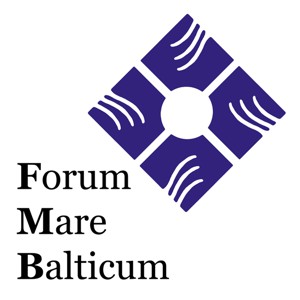