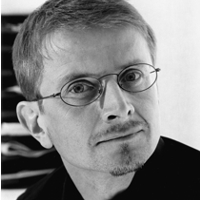 Born in Finnsnes in 1968.
Grew up in Bodø in the north of Norway.
He made his debut as a writer in 1993 with the novel Tittelløs (Without title).
His most recent publication was a collection of literary essays in 2009, Livet! Litteraturen! (The Life! The Literature), for which he was named “Critic of the Year” by the Norwegian Critics Association.
Øverås has a degree in comparative literature and worked for several years as the editor of the Norwegian literary review Vinduet. Today he divides his time between northern Norway and Berlin.