MENU
A LIBRARY FOR THE BALTIC SEA - Baltic Sea Library 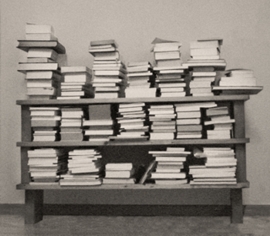